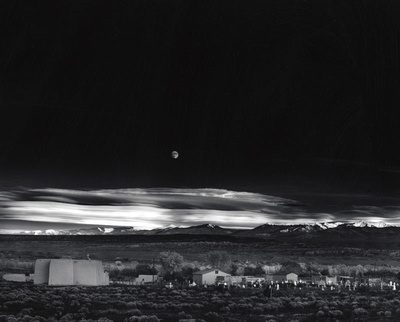 "Moonrise Hernandez" by Ansel Adams is one of the most famous pictures in the world. It always meant a lot to me.

I was about 16 when I saw it for the first time, just made my first steps in the art of photography, and already had a strong interest and love for the American West. For me this photo was the real metaphor of the Far West. It is so incredibly evocative. I was 25 when I saw an original print made by Ansel Adams which left me speechless.

I dreamed for decades to visit this place and finally, on February 2012, I was able to pass through Hernandez, New Mexico, while driving from Santa Fe to Abiquiu. At first it was difficult to identify the precise spot from where Ansel Adams took his extraordinary picture in 1941. The place has changed a lot and is not in a great shape. Nevertheless, I needed to shoot my own "Moonrise Hernandez" after all the fantasies and dreams I had about this special place.

Of course, this photo taken 70 years later does not share the same magnetic essence with its original model. The magic is gone, probably forever. This is the best I could come up with, and even if at first I was highly disappointed about what I saw, now I am very happy to have my own "Moonrise Hernandez 70 years later." 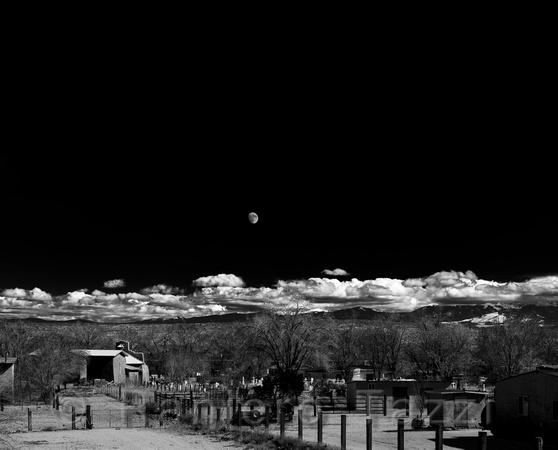